Finally, a Beautiful weekend for Paintball!!! If you have trouble booking day and time, Call us and let us help you. Perfect days to get out here and have a BLAST!!!! See ya there 🙂
If your date or time does not show up on calendar when you book online, please call us so we can help make it happen for you and try to work out problems. Email for more info and check Facebook for specials and PLEASE like our page!
Everyone playing MUST fill out the online waiver, either before you come or after you get there. Do your reservations online whether you are alone or a group and fill out waiver, now only once a year. After you book it, everyone in your group can find your group and fill out the waiver online so you wont have to do it when you get there. Ask about our Low Impact Paintball (ages 6 and up) or Regular Paintball. Feel free to bring pop ups and lawn chairs to make yourselves at home.

Why You Will Enjoy Playing Paintball

The sport of paintball has existed since the late 1970s, although paintball guns were invented a decade earlier. They were originally used to mark things from a distance.

It’s over forty years later, and the game is still going strong. Dodge City Paintball is located in Oklahoma City, come check us out if you are in the area.

It’s not hard to see why the game has endured so long. Paintball is a challenging game, both physically and mentally. It requires teamwork and helps build social skills.

Those are only a few of the traits that have helped make it popular. We’ll talk about some others in the paragraphs below.

The main reason paintball has endured so long is that paintball is fun, which is why we play games in the first place. Early on, sports were used as a way to ready players for war, or hunting. However, few people hunt anymore, and war is not as constant as it used to be.

These days, sports are played for fun and bragging rights. There’s a certain thrill to knowing you’ve out-planned and out-maneuvered the other team.

Paintball is a competitive game, but it’s also a social game and a cooperative game. It’s about figuring out how to make your team work better together.

This can help outside the arena as well as in. A good bond built on the field could endure off the field and into other aspects of your life.

This is one of the reasons why people often bring friends, classmates, or even coworkers to paintball excursions. At Dodge City Paintball, we offer several options for paintball games, with friends and classmates being only a few options.

You could also take advantage of existing dynamics. You and your friends probably have a good dynamic already, so you might have an edge over the other team.

Like all sports, paintball is great exercise. There’s plenty of running, jumping, and hiding as you and your teammates attempt to splatter the other team in paint while avoiding getting hit yourself.

It’s not just your body that benefits from paintball, but your mind as well. Paintball is a great way to forget the hustle and bustle of everyday life and focus on your own joy for a bit.

Setting your mind on fun rather than work can help alleviate stress, and lower stress comes with its own share of health benefits. If you’re looking for a fun and healthy hobby, consider paintball.

Why You Should Visit the Best Paintball Place in Oklahoma City.

Paintball is a blast to play, and it offers many benefits for your life.

We’ve mentioned a few benefits of playing paintball  but there may be many more depending on your specific situation.

If you want to know more about paintball, specifically at our facility, please visit our site. Feel free to contact us if you have any questions or want to book an excursion.

VIEW US IN ACTION 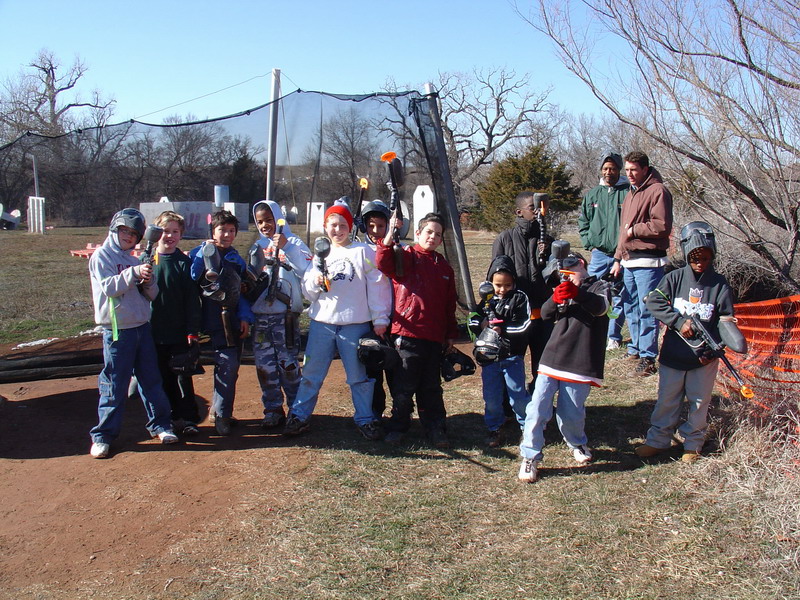 Come have fun with us this week!
We can Book a party any day or evening of the week as well! Call for more info.